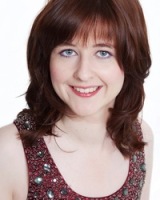 Ahhh I love YA and Children’s Books! I think that will be my topic statement to life! Don’t get me wrong, I like reading other genres, anything really…from chick lit to autobiographies but especially children’s and ya literature.

Why? I remember what it is like to be young and so full of hope and spirit. These books pack a punch, we go on an adventure where we are the heroes.


On May 3rd Laura Jane Cassidy will be launching her second book in her Jack King series. Her books are paranormal fiction and they rock.

If you are lucky enough to be living in Dublin then go to her book launch on Thursday 3rd May
at 6.30 p.m, Eason O’Connell Street, Dublin 1

She is writing eighteen posts every day for eighteen days in honour of  her book….Eighteen Kisses.

Eighteen Kisses – Jacki King loves being back in Dublin – she’s enjoying the music scene and interning at Electric magazine. She still has flashbacks to the murder case she solved the year before, though her friends, especially Nick, keep her distracted.

Until, one day, Jacki’s frightening nightmares begin again. And when the police contact her about a local missing girl, she knows the two are connected.

Two years before, on her eighteenth birthday, Kayla Edwards disappeared. No body has ever been found. But now Kayla is communicating with Jacki from beyond the grave – and she won’t stop until the truth is revealed …

Out May 3rd 2012. Published by Puffin.
Available to pre-order:  Amazon  and  Book Depository
Can’t wait to read it!

book launch, books
← Drawing Made Easy
→ Fly me to the Moon….